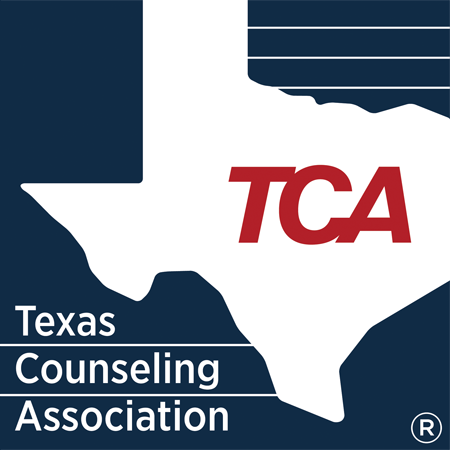 Professional counselors committed to leadership, advocacy, and the promotion of professional excellence.

TCA leads, educates and advocates to advance the counseling profession, to increase access to professional counselors, and to promote wellness.

TCA is the trusted resource and voice for professional counselors in Texas.

TCA is the Professional Home for Counselors in Texas

The Texas Counseling Association (TCA) has 12 divisions that may be added to your TCA membership. Each division is led by volunteers and focuses on specific interests or specializations within the counseling profession. Joining the TCA division that aligns with your professional interests will help you access information and opportunities that directly impact your practice.

The Texas Counseling Association (TCA) has 25 chapters organized geographically in 5 regions across Texas. Chapters provide opportunities in your community to network and consult with local professional counselors as well as earn continuing education hours close to home.

Find a Local Chapter Near You